All licensees and their food handlers have a responsibility to ensure the food sold to the public is clean and wholesome. They must observe good personal and food hygiene at all times. Under Section 99 of the Environmental Public Health Act, a licence may be suspended or cancelled if a licensee violates the Act or the Regulations made there under. The Points Demerit System (PDS) was introduced in 1987 as a systematic and fair approach to deal with the suspension and cancellation of licences for food hygiene infringements. It also seeks to motivate licensees to improve their hygiene standards. Under the PDS, depending on the nature of offence, demerit points are given for each public health offence according to the following categories:

If a licensee accumulates 12 demerit points or more within 12 months, his licence will either be suspended for two weeks or four weeks, or be cancelled, depending on his past record of suspension. Please note that the demerit points are dated to the date the offence was committed and not the date of conviction or the date of payment of composition fines. A list of offences and their corresponding demerit points can be found here [PDF, 559 KB].

In 2010, the PDS was extended to main operators of coffee shops, food courts, and canteens to encourage operators to place greater emphasis on the overall hygiene standards of the premises such as general housekeeping, toilet maintenance and refuse management. With effect from 1 March 2013, if a main licensee accumulates 12 demerit points or more within 12 months, his licence will either be suspended for 1, 2 or 3 days, depending on his past record of suspensions. During the period of suspension, all individual stalls within the coffee shop, food court and canteen are required to be closed as well.

Annex A [PDF, 559 KB] contains a list of offences with the revised demerit points. The list is available in the following languages:

More details of the revised PDS can be found here [PDF, 426 KB]. 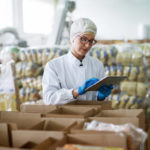 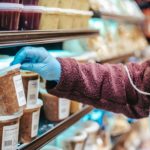 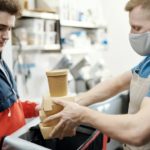